Stages of Team Development
Providing the Mental Edge, Part VIII
9
JULY, 2019
Part eight of Providing the Mental Edge series will take us up one step of mental performance from the individual level to the team level. Once individuals are in control of their thoughts and practice positive thinking and thinking right on a regular basis we begin to examine how the individual members become greater than the sum of their parts as a team. 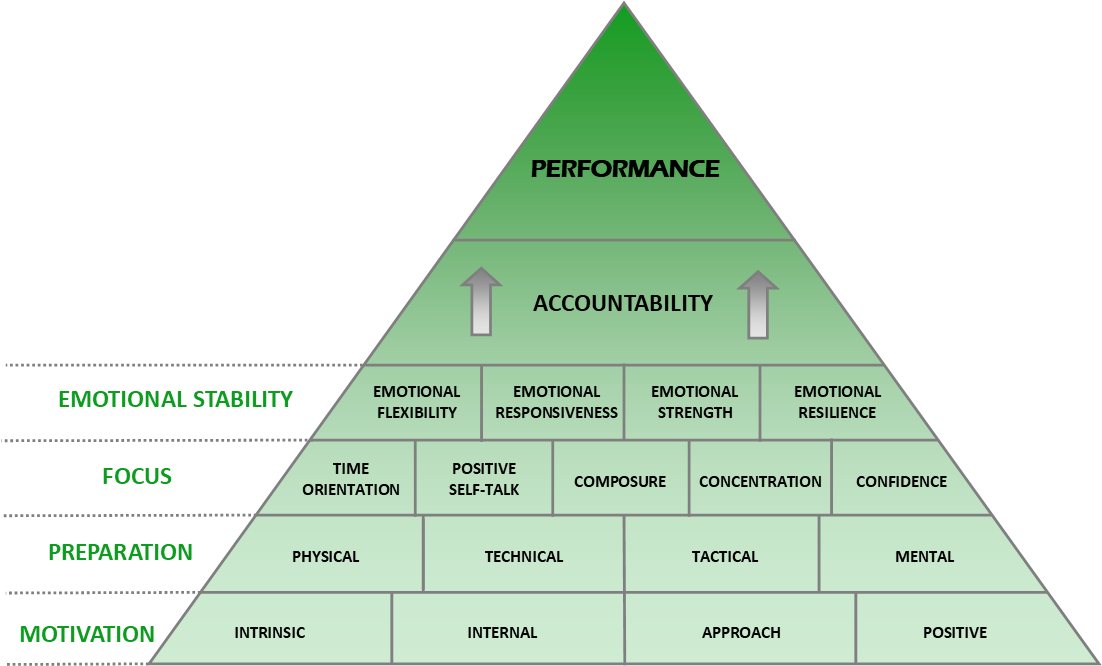 Dr. Bruce Tuckman developed his model for team performance in 1965 when it had four phases. Roughly five years later he added a fifth phase to complete the Team Development Model we see today: Forming, storming, norming, performing, and adjourning.

Stage One: Forming This stage begins with the team just having been formed, obviously, and the individuals have all met and everyone is generally over polite and pleasant to one another. Being the start of something new, most are excited to begin and to get to know other team members.

Stage Two: Storming Storming is when the drama begins! In this stage the reality and weight of completing the task at hand have now hit everyone. The initial feelings of excitement and the need to be polite have likely worn off.

Stage Three: Norming During norming is when people begin noticing and appreciating other team members’ strengths. As the name implies, this stage is when the team is normalizing and finding its groove. Individuals are finding their place and role on the team.

Stage Four: Performing In the performing stage members are confident, motivated and familiar enough with the task and their team that they can operate autonomously without supervision. Everyone is on the same page!

Stage Five: Adjourning This stage is evident when the season is over and seniors graduate and new signees join the team. From here we begin the stages a new and continue the cycle of team development.

Every team, no matter what level goes through some form of these five stages. It may take some teams longer to reach the various stages, and those stages will last different lengths of time depending on the team, but each team will go through each stage.

As a coach, your role is to help direct the team toward the norming and performing stages; but I caution you to resist the temptation to rush the other stages. In order for the team to develop and thrive, it will find a natural course through the progression. Roles need to be developed, places need to be learned, and interactions need to be had. You can help the team recognize and learn their way through the stages, but you can’t force it.