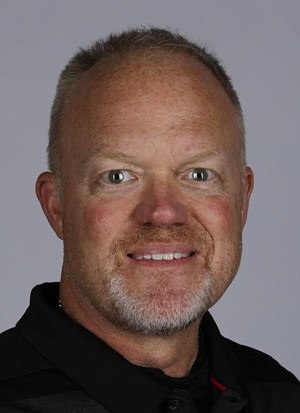 It’s hunting season… The season in which Athletic Directors are hunting new head coaches to take over their football programs and that, more times than not, brings a change with the strength and conditioning coach as well. In so many cases the head strength coach is the first big hire for the new head coach.

Over the years the position of head strength coach has taken on so many more areas since its inception in the 70’s. No longer is just about getting players bigger, faster and stronger. Now the strength coach also plays the role of sports psychologist, nutritionist, counselor, sports scientist and many other roles depending on the school.

That is why that hire has become so important to the head football coach.  Once the staff is hired, they’ll be on the road recruiting and it will be the strength coaches’ jobs to start building the team and culture that the head coach is wanting instilled.  The head coach has to have a clear, well communicated vision of what he wants as his program’s culture and where he wants the program to go. Then it is up to the strength coach to instill that culture.

Yes, it has become so, very much more than just getting bigger, stronger and faster.  The head coach must have complete faith and trust in the person in that role that they will be able to communicate that vision daily to the team in a way that they can understand and respond to positively.

The team also has to have trust in the strength coach as well.  Trust that they are there to do all they can to help them not only be better physically, but in all areas that will help them reach their goals.  It’s not just about how amped up a guy can be on game day. It’s about consistently leading, teaching, encouraging, caring and holding them accountable daily to get the desired results.  There has to be a relentless desire to be great – daily – starting with the coach all the way down to the last player on the roster.

They have to be great communicators as well, both to the team and to the coaching staff.   Great people skills are a must for the strength coach as he/she will deal with many athletes from a very wide variety of backgrounds and must be able to communicate with all of them.  That also means hiring a staff that can do the same. In my experience with coaching changes, the quicker the team buys in to the new staff and culture, the sooner that team will experience success.

In Michael Lombardi’s book, Gridiron Genius, he talks about the organization of the non obvious and the ability to see the little things that matter when developing a successful team or organization.  I feel it is the strength coaches’ job to be able to see those things in not only the players, but the team as well and to be able to develop each and communicate those things to the coaching staff. It’s not all about you pal! Ha!

To me it all goes back to a well defined and communicated vision that starts with the head coach and then the strength coach has to take that and run with it and develop the team into the type of team the head coach has said he wants in a way that is positive and productive.