Guest Highlight: Robert Steeples
2
JULY, 2019
Robert Steeples is from St. Louis, Missouri where he went to DeSmet high school and was an outstanding student athlete. I met Robert while we had football camps in St. Louis while he was in high school and we recruited him to the University of Missouri to play cornerback.
From the first day Robert arrived on campus, he always had questions. He was very inquisitive and analytical and wanted to know why we were doing everything. Robert was fortunate to have come from a good household and a good high school and he was given many opportunities and tools to succeed. What made him different than most is how he capitalized on those opportunities.

After his college career he had the chance to go to the NFL and played three seasons as a professional football player. His desire and eagerness to learn mixed with his competitive nature and work ethic gave him a chance to play at the highest level.

In this week’s podcast, Coach Steeples talks about the importance of mental conditioning. He tells stories about how, as a high school coach and teacher, he uses mental conditioning to help make his athletes more mentally resilient. The advice that he is giving high school teachers and coaches comes from his own experience as an athlete and as a developer of young people. As I look back on his career I can see the making of a young coach. Even more, I can see the makings of a leader of young people. 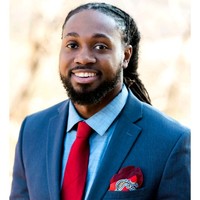