Well, things sure have changed over the past few weeks. We’re now working from home if our jobs allow, our kids are having to adjust to schoolwork being homework and we’re learning whether our jobs are “essential” or “non-essential”.

We discovered toilet paper is one of life’s most precious commodities and social distancing is good but social isolation is bad. During times like this I like to look for positive examples of people who adapt and overcome.

This week’s guest is exactly the type of person I look for when the storms of change are on the forefront. In part three of our College Football Playoff Championship Coaching Series, we talk with Coach Joey Batson. He is the epitome of adapting, changing, and overcoming with the times. Coach Batson has been able to climb the ladder and stay at the top for a long time.

So I’m committing to staying consistent with episodes and I’m extra excited for you to hear from Coach Batson as he’s entering his 35th year as a Strength & Conditioning Coach at the collegiate level and 24th year as the Director of Strength Training at Clemson University. He has served as a head strength and conditioning coach 31 of his 35 years of service. 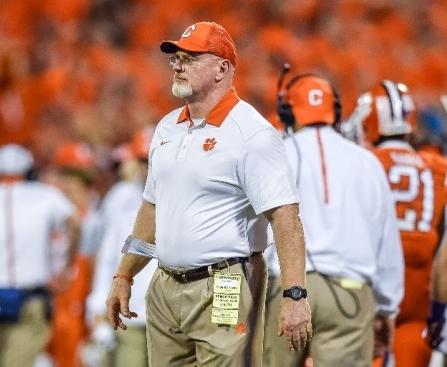