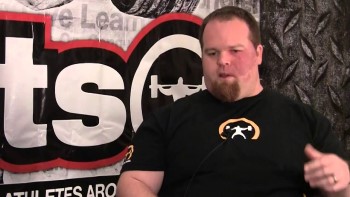 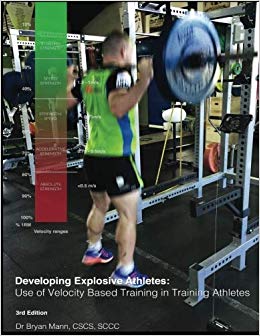 As long as I have known Dr. Bryan Mann he has been on a quest for knowledge, seeking answers to previously unasked questions. One of his favorite quotes is, “there will always be more questions than answers.” (Though with as much research as he does he’s trying his best to alleviate it!)

His thirst for learning and his growth mindset have resulted in Dr. Mann becoming one of the best resources for strength and conditioning coaches in the nation. His humility from small town roots may have him ‘aw shucks-ing’ at this, but his research on Velocity Based Training (VBT) and Autoregulatory Progressive Resistance Exercise (APRE) have truly made him a sought-after expert.

Bryan wrote a book on VBT titled Developing Explosive Athletes: use of Velocity Based Training in Training Athletes. He’s also authored several research papers and articles on various strength and conditioning websites. In short, VBT and APRE help athletes see rapid gains in strength and increases in power by progressing at their individual rates of adaptation.

As smart as he is, he is even a greater person. He ALWAYS has time to help others in their quest to find answers. Like me, you’ll occasionally have to remind him to “dumb it down” so he explains things in a way us ‘muggles’ can understand. But what I admire most about Dr. Mann is he is a fantastic husband and father. It was a blessing to have him on this week’s episode, you won’t want to miss it when it airs this Friday the 29th!